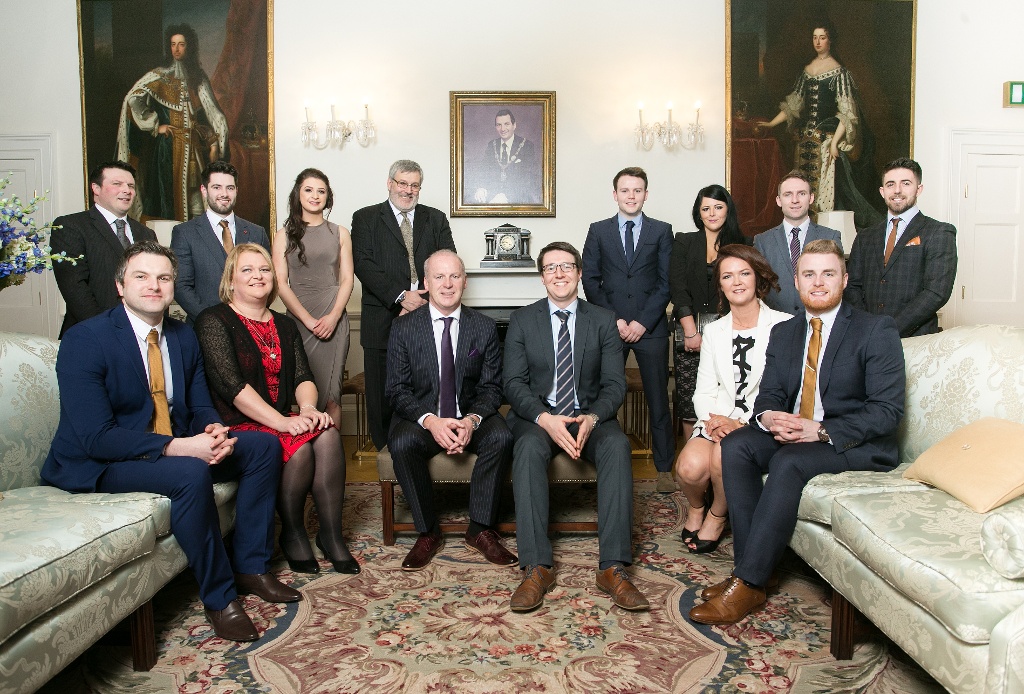 CPS were delighted to be invited by the Lord Mayor Keating of Armagh & Banbridge City and District council to celebrate their 30th Anniversary in business. Since CPS's inception in February 1987 the company has expanding from its humble beginnings in English Street, Armagh to its current 6 Locations across the province to Belfast, Dungannon, Enniskillen, Omagh, Monaghan.

CPS Estate Agency has seen two recessions and the hyper-inflation of the early 1990's. Art O'Hagan MD of CPS (since inception) was personally thanked by The Lord Mayor for his 12 years as Chairman of City Centre Management for his ability to lead the committee in conjunction from Council which increased the occupancy of the retail units from 54% to 73% during the term of office.

In a well-received and glittering evening, over 140 invited guests had a lovely evening in The Palace where light refreshments were served to the backdrop of a local harpist. The guests attended the event included Mayor Keating from Armagh, Craigavon & Banbridge Council, and CPS clients Stephen Ferris and Keith Gillespie. Comedian TIm McGarry and compare Adrian Logan helped create the atmosphere.

During the evening there were a number of presentations to Key Staff in CPS highlighting their commitment throughout the past year for the many recent achievements to include The Belfast Telegraph Agent of the Year in the multi branch category.