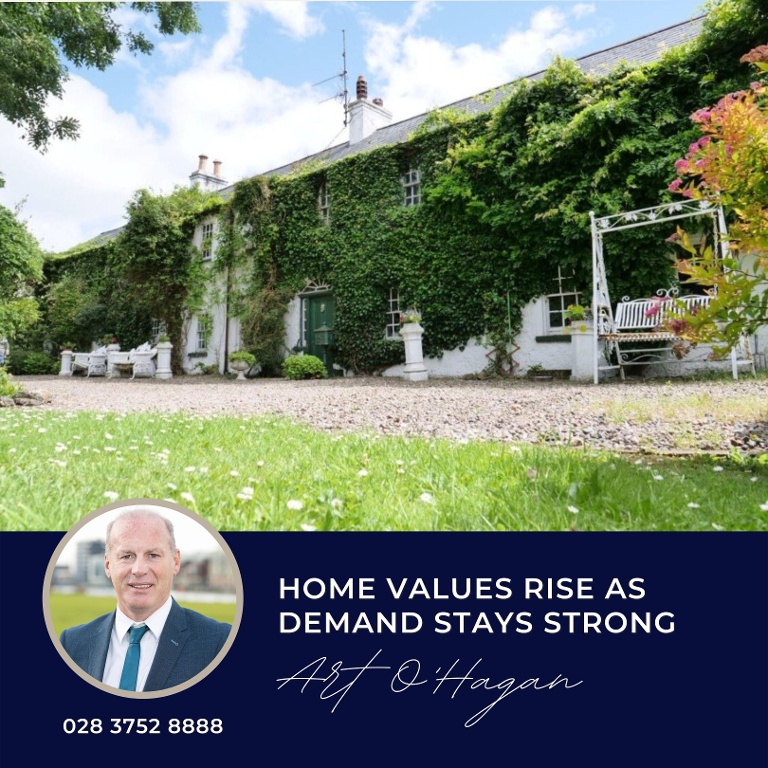 The Property market in NI has not shown signs of calming, we in CPS feel this is down to "supply & demand", with 40% less properties on the market for sale, without demand slacking. High street lenders are still keen to lend at very competitive rates (although interest rates are likely to increase in Q1 2022) as inflation is definitely on the up.

Political stability is paramount for the NI economy, the tremors of Brexit & the implementation of protocol is still nervously being talked about from Brussels to London to Dublin & in the corridors of Stormont. A deal will no doubt occur & unlikely to be as good as the deal that was on the table rejected by Arlene Foster when first minister.

The cost of construction has spiralled by up to 25%, as supplies have been highly sought after & in lots of scenarios not available, thus developers in many cases are literally not releasing any new phases of construction as the cost of build has outstripped the market valuation, therefore leaving only those with larger personal deposits able to enter the property market at the first-time buyer level, which has a domino effect as this moves through to home movers.

CPS is a Royal Institute of Chartered Surveyors (RICS) chartered practise & are part of the Property price index, this body has indicated an increase of 7-11% across Northern Ireland for the first 10 months of 2021, with an average of 9.8% for this region. We see this as stable, but feel this is largely down to lack of properties on the market as opposed to higher demand due to a growing economy.

As the vast majority of the public have been vaccinated & we all hope to move forward learning to live with Covid, a stability package public services in Northern Ireland are set to receive a £1.6 billion boost, the Chancellor has said.

However, while Rishi Sunak hailed the largest block grants, in real terms, for the regions since the devolution settlements of 1998, local politicians described a “tough budget for people struggling to make ends”.

“When compared to the Executive’s 2021/22 Budget there will be an additional £450m, £670m and £866m for day-to-day spending against growing demand for public services,” he said.

“This represents a marginal 0.9% real term increase to the Executive’s Budget next year, turning to zero real terms change by 2024-25.”

Mr Murphy described years of austerity and the coronavirus pandemic as having placed “enormous strain on public services”.

“Our health service in particular is under immense pressure with waiting lists at an unprecedented level.

“Workers face an increase in National Insurance and families are dealing with a cost-of-living crisis as a result of rising food and energy costs,” he said.

“This Spending Review was the opportunity to deliver a budget which would have enabled the Executive to rebuild public services and spur economic recovery.

“However, it provides marginal real terms increase in funding next year which will be far outweighed by increased demands on public services, particularly in light of the ongoing pandemic.”

In his Budget speech to the Commons on Wednesday, Mr Sunak also announced a 50% cut to air passenger duties on flights between the UK regions.

The Government is to provide £15 billion per year to the Northern Ireland Executive.

This has been described as a 2.2% rise in the Stormont budget